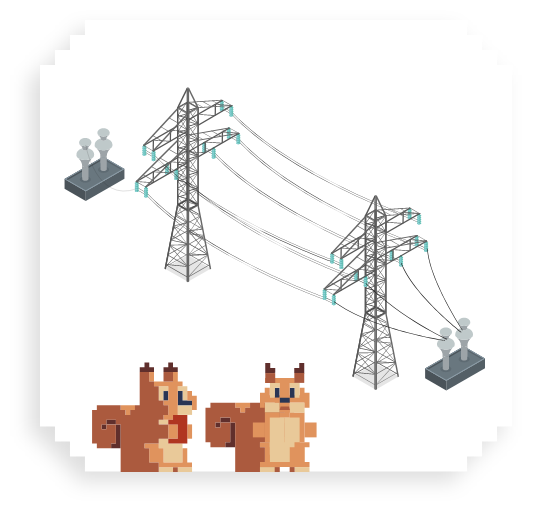 The California condor can soar 15,000 feet above the earth. It has a wingspan of up to 9.5 feet—nearly twice your height! Because of this broad wingspan, power lines are a serious hazard to condors.

Small birds can sit safely on one power line. They don’t touch the ground, or any other grounded object, so electricity stays in the power lines and doesn’t harm the birds. Condors, with their broad wingspan, are likely to touch a power line and pole at the same time and become a path for electricity to travel down the pole to the ground. Or, their large wings can bridge two power lines at the same time, creating a short circuit. In either situation, the birds are electrocuted.

Condors have a slow rate of reproduction, which is one reason they nearly went extinct. Power line contacts haven’t helped matters.

In 1979, only 25 California condors were left and efforts began to save them. Scientists at the Los Angeles Zoo developed a program to train captive condors to avoid power poles before they are released into the wild. A perch that looks like a power pole delivers a mild shock to any bird that touches it. The birds learn to land somewhere else.

Most condors that have graduated from the shock training program successfully stay away from power lines. Today, about 395 California condors are living—195 of them in the wild.

You don’t have to be touching the ground directly to conduct electricity. You could also be touching something that is in contact with the ground, like a tree or a ladder.

Electricity travels in a loop called a circuit. A circuit has an energy source and wires; it may also have a load and a switch. There must be no breaks in the loop in order for current to flow. A loop with no breaks is called a closed circuit. An open circuit has a break.

Four Parts of a Circuit

When all parts are connected to form a loop it is a closed circuit. Otherwise, it is an open circuit.

Your home is part of a large circuit. The generating plant is the energy source, transmission and distribution lines are the wires that connect the plant to your home, the lights and appliances in your home are the load, and on/off switches on the walls and appliances open and close the circuit. 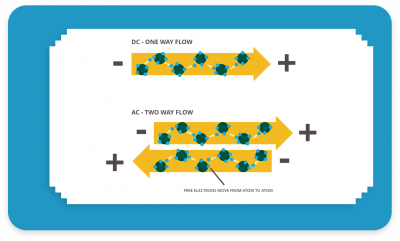 Is electricity created at power plants?

No. Technically speaking, electricity can’t ever be “created.” The Law of Conservation of Energy states that energy cannot be created or destroyed, but can only change its form. The total quantity of matter and energy available in the universe is a fixed amount. So, at a power plant, mechanical energy (the energy contained in the movement of giant magnets past coils of wire) changes to electrical energy (the flow of electrons).

The mechanical energy used to move the magnets in a generating plant could also come from falling water, the ebb and flow of the tides, the wind, heat from the sun, and nuclear fission. But in all cases, the energy gets changed from one form to another. It doesn’t just appear and disappear.

In 1831, Michael Faraday discovered that passing a magnet through a loop of wire created a current. Soon after, Joseph Henry discovered that the current produced around any closed loop of wire is proportional to the rate at which the magnet moves through the loop. The faster the magnet moves, the stronger the current. The wire loop actually transfers kinetic energy (the movement of the magnet) into electrical energy.

What are semiconductors and superconductors?

A semiconductor is a normally insulating material that has been mixed with a few conductive atoms that cause the material to control an electric current passed through it. A superconductor is an element, inter-metallic alloy, or compound that will conduct electricity without resistance below a certain temperature. 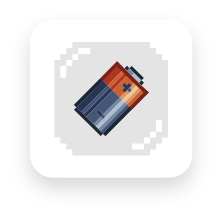 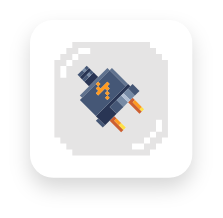 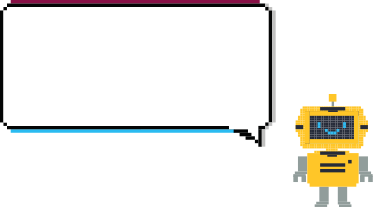 Here you’ll find
Activities for the
world of wires
section